transition to democracy and parliamentary elections

Formation of the modern democratic and welfare state has always been one of the most important wishes of every Azerbaijani citizen who has realized the national identity. Taking advantage of the historical event arose at the end of the last century; our people gained an important achievement by restoring their independence.

The re-acquisition of national independence and the favorable historical opportunity created wide opportunities for us as a nation. Historical traditions, legal political culture, wealthy resources, integration trends to the democratic world and many other potential opportunities have created great hopes for the formation of a modern state based on democratic values.

It is regrettable to note that many opportunities that were considered very important for our people were missed without objective assessments of objective and subjective reasons and, ultimately, a dangerous situation for our state. Despite the fact that 30 years have passed since independence, feudal rule has weakened the political and economic system, wealth has been lost, corruption has become a daily norm, our lands are occupied, the situation with human rights and freedom in a low state, lack of rule of law, a concentration of power over the sovereignty and the abolition of the power of peaceful transfer of power seriously threatens the national security of the country.

Regardless of their political affiliation, everyone and all the civil society organizations should be interested in the formation of a political system and should strive for it. Living in the same situation and relying on the experience of countries that have successfully passed democracy, it can be said with confidence that this is the most optimal formula for our people in this case.

As DCP, we are a representative body in democracy that ensures the broad representation of the people; moreover, we consider the formation of a democratic parliament as a key element in a peaceful transition to democracy. A parliament formed on the basis of free and fair elections and formed in accordance with the will of the people can be the guarantor of democratic reforms in all spheres of the country’s life.

The formation of a democratic parliament is primarily the creation of a free election environment. The experience of past years, including the opinions of local and international election observation organizations, has repeatedly proved that the current practice of elections is not able to provide such kind of environment. Failure to comply with the recommendations on changing the situation and holding elections in accordance with international electoral standards  has undermined the credibility of political forces and led to the creation of unstable food.

Since this system of relations is in no way incompatible with the interests of our people, they must adopt a new image in accordance with the requirements of times and strengthen our state and society in order to overcome the difficulties we face.

The DCP believes that the basic responsibility for ensuring a peaceful transition to democracy and the formation of national peace is under the political authority. Only the authorities of the state are the agents of the will, they have broad resources and advantages to restore the sovereign right of the Azerbaijani people and to turn the people into a real source of power. Using these advantages, political power should begin selective reforms based on effective cooperation with the political opposition and civil society and create favorable conditions for free and fair parliamentary elections. Election reform should be based on the recommendations of political parties and civil society organizations and the recommendations of the OSCE.

First of all, changes should be made in the following areas regarding the elections to the next parliamentary elections, it is important that the full implementation of these recommendations and the formation of a free election environment take considerable time,
including political parties and civil society, with particular sensitivity and capabilities

4.      Freedom of assembly should be ensured, equal opportunities should be created for all pre-election campaigners. There should be no limitations and interventions to the identification of pre-election campaign forms and places, and local executive authorities should abandon the practice of determining their meeting place with voters. Duiring the pre-election period, there should be allocated at least 10 hours free of charge hours in air time per week, print media, and 1-page free space in each issue. Free use of candidates from free and paid airtime should be ensured.
The scope of donations for pre-election campaign should be expanded;5.      Voting and election results should be transparent and these processes should enable each voter, including observers, to preview without prior registration. The grounds for invalidating the election results should be clearly defined, and legal mechanisms should be simple and accessible to all. the election results at the polling stations should be considered invalid if the violations and interference with election results have been recorded; 6.      The election complaint institution should be upgraded. Pre-election commissions should established Facilitation Groups, which should be consist of independent lawyers and election experts, they should consider all and investigate them,
The complaint should be investigated in the presence of the complainant in all human rights, the copyrights of the documents submitted for investigation should be recognized and the refusal of the complaint should be justified by concrete evidence.
Administrative and criminal sanctions on election law violations should be tightened and liability should be applied equally to all. 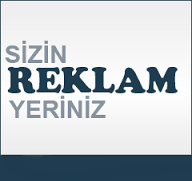